Robert E. Lee & Associates was honored to receive a 2016 Secretary’s Director Award for efforts in restoring the Menekaunee Harbor District in Marinette, Wisconsin.  Menekaunee Harbor was one of only three projects awarded in 2016.

The Wisconsin Department of Natural Resources’ recognizes partners and businesses in the state that go the extra mile in helping the WDNR succeed in their mission. Nominations are made by WDNR staff that have worked on extraordinary projects, REL and the City of Marinette were presented with the award for helping make the dream of a revitalized Menekaunee Harbor a reality. Staff across every department of REL and REL’s ecological division, NES Ecological Services, assisted in completing this impressive project.

Menekaunee Harbor is a 13–acre natural embayment of the Menominee River.  Pollutant-contained sediment accumulated over years within the harbor as a result of upstream, heavy-industrial manufacturing practices and non-point pollutant storm water run-off.  These pollutants contribute to impairments, such as restrictions on fish and wildlife consumption and loss of fish and wildlife habitat.

REL administered and oversaw the dredging of the Menekaunee Harbor Improvement project that dredged the harbor to a navigable depth of eight feet during low lake levels.  Dredged spoils removed from the harbor by both mechanical and hydraulic methods totaled over 70,000 cubic yards that were either deposited at the landfill, a suitable containment site, or used as beneficial reuse material within the harbor.

NES developed an ecological restoration plan of Menekaunee Harbor, which restored native vegetation and habitat.  It restored habitats for use by native fish species that historically utilize the harbor, established healthy and diverse native vegetation communities, and restored wetland and upland habitat for use by invertebrates, amphibians, reptiles, mammals, and birds. 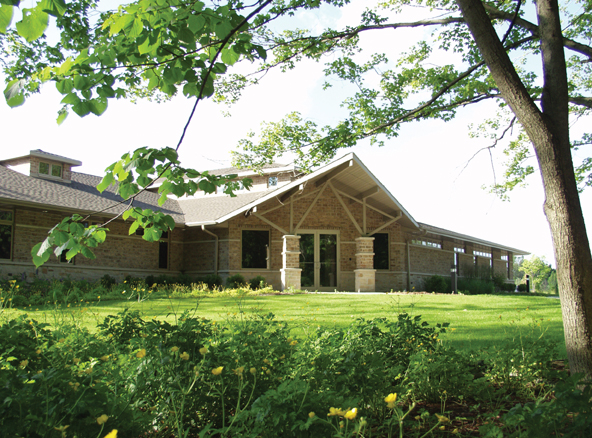